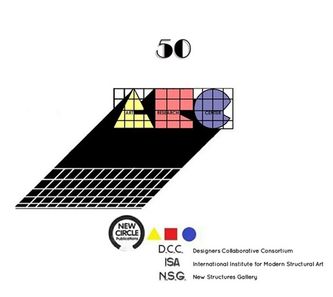 The Art Research Center is an independent not-for-profit association in Kansas City, Missouri. In its early days, members included architects, artists, composers, designers, writers and others. Its work was connected with the exploration of abstract Neo-Constructivism, by both individuals and groups.[1] The association grew out of an earlier collaborative art gallery project, and was started by Thomas Michael Stephens in 1964. The first exhibition was held in 1966.[2]:190 In 1969, Stephens, with Jon Brees Thogmartin and Nancy Ann Stephens, took work by eight artists of the group to the fourth New Tendencies exhibition in Zagreb, at that time in Yugoslavia; the works were displayed as a group, forming a cohesive whole.[2]:190 The Art Research Center's first exhibition ran from October 29, 1966 to January 31, 1967 at a branch of the Kansas City public library. Seven members participated in the first ARC exhibition.https://en.wikipedia.org/wiki/Art_Research_Center 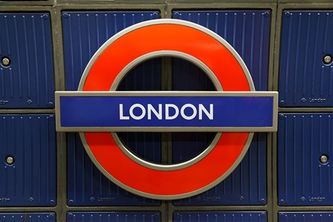 The online editorial and curatorial project for reductive, geometric and systems artists working in the UK http://www.saturationpoint.org.uk/about.html

The Alumni and Events Office builds life-long partnerships between the University of Sydney and its more than 280,000 alumni worldwide. Our services connect you to invaluable personal and profession networks http://sydney.edu.au/alumni/online-store.html

PAF is based in St Erme, 150km north-east of Paris, France, between Reims and Laon.PAF (=PerformingArtsForum) is a place for the professional and not-yet professional practitioners and activists in the field of performing arts, visual art, literature, music, new media and internet, theory and cultural production, and scientists who seek to research and determine their own conditions of work. PAF is for people who can motorize their own artistic production and knowledge production not only responding to the opportunities given by the institutional market. Initiated and run by artists, theoreticians and practitioners themselves, PAF is a user-created, user-innovative informal institution. Neither a production-house and venue, nor a research-center, it is a platform for everyone who wants to expand possibilities and interests in his/her own working practice.

PAF is - a forum for producing knowledge in critical exchange and ongoing discursive practice- a place for temporary autonomy and full concentration on work- a tool-machine where one can work on developing methods, tools and procedures, not necessarily driven toward a product - a place for experimenting with other than known modes of production and organization of work, e.g. open source production.

Geoform is an online scholarly resource and curatorial project whose focus is the use of geometric form and structure in contemporary abstract art being made by artists from around the world. Geoform explores, documents and celebrates the rich diversity of style and aesthetic intent that characterizes this broad vein of contemporary non-objective abstraction. Such diversity attests to the profound resonance that geometric form and structure have had for people across time and place.Geoform is edited by Julie Karabenick (karabenick-art.net). It has been online since May, 2005.• Artists— Participating artists may be found under “all artists.” Each artist’s individual page presents: images of artwork, an artist statement and various types of contact information. • Interviews—In-depth, richly illustrated interviews with some of the participating artists may be found under “all interviews.” The interviews are developed through a variety of ways—studio visits, email, Skype and phone conversations—over the course of months or longer. Please note that Geoform does not act as a commercial agent for any of the participating artists. Appropriate channels for making sales inquiries are presented on each artist’s individual page under his or her contact information. Geoform does not take artist submissions. Although all emails are read, it is unfortunately not possible to respond to all inquiries.Thank you very much for your interest in Geoform. 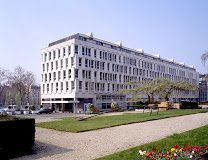 The Cité Internationale des Arts is intended to provide short or long stays (2 months to 1 year) for professional artists who want to develop an artistic work in France.The Cité Internationale des Arts is a foundation directed to the public benefit since 1957. It is related to a vast network of partners and associates. Its founders include a large number of States, schools, institutes, universities and ministries from close to 50 countries all across the world. Three of its historic founders and key partners are the City of Paris, the Ministry of Culture and the Ministry of Foreign Affairs.

The facilities of the Cité are divided between two locations in Paris. (1). The site located at 18 rue de l’Hôtel de Ville includes 270 individual workshops in the heart of the Marais district, a dynamic quarter swarming with art galleries and a favourite destination for Parisians.
-(2).The site located at 24 rue Norvins is composed of several buildings in a large garden in Montmartre and has 30 individual workshops. Montmartre was for many years a focal point for artists over the world.

Residents may practice their artistic discipline and develop their creative techniques for the duration of their stay at the Cité Internationale des Arts. The residence also houses an exhibition area where artists can display their works and an auditorium where they can perform concerts. Since its opening in 1965, the Cité Internationale des Arts has accommodated more than 18 000 artists from all over the world. 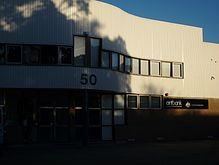 Artbank is an art rental program established in 1980 by the Australian Government. It supports contemporary Australian artists and encourages a wider appreciation of their work by buying artworks which it then rents to public and private sector clients. It was modeled on the Canadian Art Bank, where the revenue raised from art rental is reinvested into new purchases. Artbank is part of the Australian Government's Department of Environment, Heritage, Water and the Arts.As of November 2012, Artbank has 10,000 works of art in its collection, which is valued at more than A$36.5 million. Artbank spends up to A$1,000,000 annually purchasing artworks from the primary market. The collection includes the works of more than 3,000 Australian artists from a diverse range of media and styles. Indigenous and non-Indigenous artists from each state and territory in Australia are represented.

Artbank facility at 50 Rosebery Ave, Rosebery. Artbank has showrooms and collection stores in Sydney, Melbourne and Perth, Australia. Its current charter is as follows: